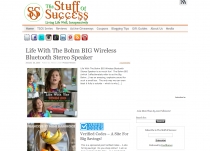 Save 25% with Promo Code: FUNFAM HARLEM GLOBETROTTERS FAN POWERED WORLD TOUR The Original Harlem Globetrotters are known for their amazing feats of basketball, humor, and acts of goodwill on and off the court. And they have always been about the fans, but this year, everything they do will bring fans closer to the action more than ever before. Join them as they celebrate fans during the all-new Fan Powered World Tour! There will be over 20 occasions before, during and after the game where you have the opportunity to directly interact with Globetrotters stars. Don't miss out - get your tickets today and save 25% off with promo code FUNFAM at  http://harlemglobetrotters.com/tickets

Saturday we headed out on the road for a great day of fun with the Harlem Globetrotters.  We had an amazing time – I saw them when I was about the same age as my grandson.  So much fun and something the kids will remember always.

Their 2019 World Tour will showcase incredible ball handling wizardry, rim-rattling dunks, trick shots, hilarious comedy and unequaled fan interaction. After the game, Globetrotter stars will sign autographs and take photos with fans.  We didn't stick around for the autographs but I love that they offer the opportunity.

Naturally the kids needed to have cotton candy, a basketball, sodas and more.  The antics are hilarious and they even played mock football! The halftime show was great with martial arts and cheerleaders.

At one point the kids were all allowed onto the basketball court for a round of YMCA!

We saw the game in Providence but they go to most major cities so I am sure you can find them playing somewhere near you!

After the game we were able to take photos near their bus!  Yes the sun was just that bright - it was a gorgeous day. Don't miss out - get your tickets today and save 25% off with promo code FUNFAM at  http://harlemglobetrotters.com/tickets