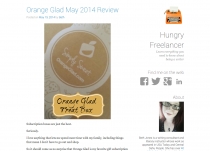 Yesterday, my sons and I attended Disney Live! Mickey's Music Festival at Missouri State University in Springfield, Missouri. We had a fantastic time getting to see the show. Both of my sons were very excited to get to see their favorite characters Woody and Buzz in real life.

Parking was free for the event and Juanita K. Hammons Hall was beautiful. I loved that the security staff didn't look scary. In fact, it was primarily women who seemed very comfortable with the location and knew a lot about the building. Everyone was very warm and welcoming. I loved that they talked to my children and didn't make us feel like we were a bother for asking questions.

The theater itself was fairly large and was almost completely full. We saw kids ranging in age from newborn to college student! Plenty of people brought their moms, dads, and grandmas along for the fun. The chairs were comfy and the view was great. I loved that the aisles in this auditorium were large enough that people could easily get up and leave to use the restroom or get a drink without tripping over anyone.

During the show, drinks were available, so was popcorn. I will mention, though, that it was quite pricey. $12 would get you a small thing of popcorn and a cup of lemonade was also $12. Needless to say, we waited until after the show to grab some food. There are plenty of restaurant and fast food options in Springfield, so definitely don't feel like buying food at the performance is your only option. There were also plenty of souvenir items and prices varied for these, but were pretty comparable to what you'd pay at the store. If you wanted to buy a program, those were $15.

A lot of children did come in costume, which was great to see! My kids loved seeing all the different princesses and they loved it even more when other kids said, "Hey! Look! It's Woody and Buzz!"

The show started promptly and utilized both live action special effects and a video screen for added features. I would like to point out that even though the show is called Disney Live, the actors did not sing their own music live. I was disappointed in this, but my kids didn't notice or care. Some of the lip-syncing was flawless (Woody and Jessie both did a great job), while other actors seemed to struggle with dancing and lip-syncing at the same time.

The show starts off with Mickey Mouse and other favorite characters singing a song and dancing. There are also some fun little games that they play with the audience throughout the show. Additionally, you'll hear songs from Aladdin and The Little Mermaid. The characters from Toy Story also made an appearance. Bullseye even jumped rope with the soldiers!

My kids were so excited when Woody and Jessie got trapped in outer space and had to dodge the meteor shower. Imagine their surprise when the meteors (giant beach balls) moved into the audience and we had to throw them back to the stage!

Overall, the show lasted less than two hours (including intermission) and my kids had an amazing time. For us, this was a less costly option than Disney World and they got to see their favorite characters come to life. The characters didn't stick around after the show to do autographs or pictures, but the staff at the performance were all very friendly and fantastic. I would definitely go to something like this again with my boys.