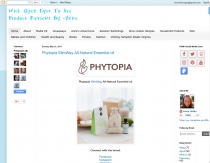 Ever since I was a little girl, I have always wanted to be something special. We all had those dreams when we are younger! Some wanted to be singers, firefighters, veterinarians and dancers! I personally wanted to be a rockstar lol but needless to say, that didn't happen and for good reason. My voice would have the dogs howling...Yikes.

But with the special ballet dancers and those dreams in view, the Moscow Ballet was formed!

I have always wanted to go see a ballet performance in person but never had the opportunity to go. I was recently blessed with two free tickets through the USFamilyGuide Blogger Program to go to the performance of Moscow Ballet's Great Russian Nutcracker. I decided to take my Bother in Law, who recently flew out from California. We were surely NOT disappointed with the show! From the minute I walked through the door I was greeted with great hospitality and warmth.

I went to the desk to receive my tickets and within 20 minutes we were set to see the show! Really amazing seats! We arrived early due to the fact that we drove 3 hours to get where we were. Not knowing the area we wanted to leave early as to make sure we arrived in time. Thank you GPS! Parking was available near the Center for the Arts, for a price of course. Parking was a nightmare, but I will get to that later.
Anjanette, who gave me special permission to add her name and photograph to this post, was the door greeter who was most kind and welcoming. She had a wonderful smile and looked as though she thought that the job she was given was the best she had ever encountered! We had a wonderful conversation and she told me about the other performances that were coming to the Center for the Arts. Although I didn't have a lot of time to chat with her, she was one of those faces that definitely was a great asset to the show.

The building and artwork inside was beautiful and I felt a little under dressed for the occasion but it didn't take me long just to relax and enjoy the moment.

There were tables set up so that one could enjoy a festive drink (I purchased a nice glass of white wine) or purchase a souvenir from the show. There was also a booth set up so one could take a picture with one of the ballerinas and let me tell you, they were beautifully dressed in their costumes!

Once the announcement was made for seating and the show began, no one was allowed in the auditorium after the doors closed. No photos or filming was allowed during the show, which made it a bit hard for me because, as a blogger, I love to show off what I am reviewing. Shhhhh.... I snuck in a few. I know I'm terrible lol but I just couldn't help myself. I do want to promise that through most of the show, I was captivated and wasn't even worried about taking pictures. I was afraid I would miss something! With my cell phone dimmed to it's lowest setting as to not disrupt those around me, I took a few pictures of the show. They, however, were not the best quality and looked as though I was so far away that I needed binoculars to see the performance. Plus I had a pretty tall gentleman seated in from of me.

The ballet was breathtaking! I couldn't believe, in all my years, I had never made the decision to actually go to the ballet. It was mesmerizing from the moment the curtain came up. The dancers were so graceful and the costumes were beautiful. As I watched I felt as if i was a part of the story watching from afar as everything took place. If you have never been to the Moscow Ballet, man or woman, I urge you to go. You will get caught up in the skill the performers have, the story in which they tell and the flow of their movements. Nothing I have ever seen has compared to the wonderful gift that the Moscow Ballet's performance of the Nutcracker has given me. If I ever get the chance to see them again, I will jump on the opportunity and will definitely bring my son with me so he can experience the beauty of the Ballet!
Once the Ballet was finished and it was time to disperse, things got a little rough. This is where the parking issue became a problem and my night went from fantastic to horrible. When we got there, we parked in one of the campus parking garages. When we pulled in, a gentleman told us that we do not need to pay until we left and that the parking was $8 and handed us a ticket. OK no problem. We made sure that out of our spending money, we had the $8 to pay once we left. When we filed in line with the other cars to leave and got to the garage exit, we were charged $15. A little confused, I explained to the lady standing out to take payment that we were told it was $8 and that is all we had. The lady was very rude and told us that, at the time we came in that there was no one standing there that possibly could have told us that it was that price and that if we didn't pay then we were not allowed to leave and that the more time we spent not paying the $15 the price would go up. A little upset about the way I was talked to, I did lose my temper a bit, but who wouldn't when someone blatantly accuses you of lying and talks to you like all you are is a cow in the herd. I was told to move my truck out of the line as I was "holding up traffic and if I wasn't paying I needed to get out of their way." I never refused to pay the parking but when they got rude, it became more about the principle of the situation than the money issue. They asked me again if I was going to pay I told them all I had was $8. They walked away and campus security was called. There was a really nice lady security guard that came to talk to me and even she stated that it has always been $8 for an event so she wasn't sure what the issue was. Needless to say, in order for us to be able to leave, I had to use my credit card and pay the $15 to vacate the parking garage. I was extremely disappointed at the way I was treated and the rudeness I received from the parking garage attendants. As much as I enjoyed my night and the fantastic performance, I will never again go to an event held by the George Mason University Center for the Arts Concert Hall due to the utter rudeness I received at the parking garage.
My experience with the parking garage attendants has NO reflection on the Moscow Ballet, it was only an experience with the University Staff that I had an issue with. So if your ever in an area that the Moscow Ballet will be in, I suggest you jump on the opportunity to go. You will not be disappointed with your purchase! Absolutely AMAZING!
Leave a Comment
submit a review Join our blog team