Hollywood Wax Museum
I haven't been to a wax museum since I was around 8 years old....so I didn't really remember what to expect, and to be honest, I was expecting much.  However, the Hollywood Wax Museum really proved me wrong.  My sister and I were like little kids in there!  We had SUCH a great time!  I took way too many pictures and spent way too much time looking!  :-)  Good thing we had all morning, because we pretty much took a good chunk of it! 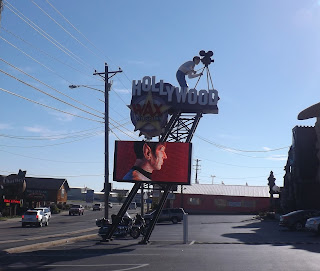 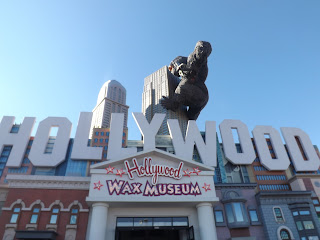 My sister and I have always loved Barbara Eden's I Dream of Jeanie! 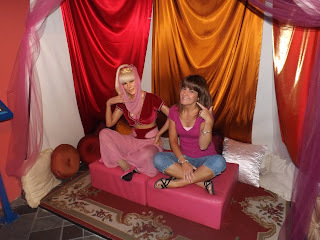 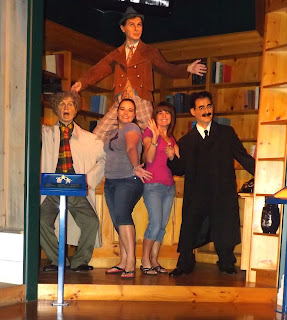 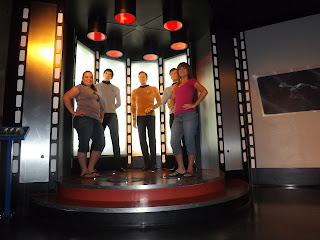 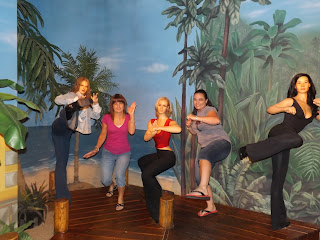 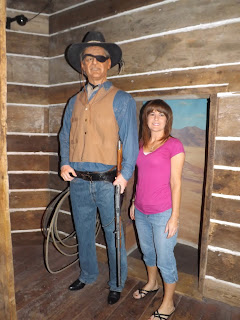 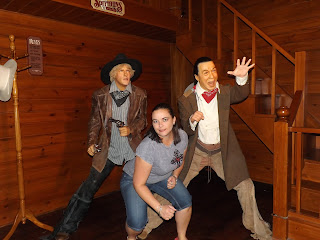 
With Halloween coming up....I thought it was only fitting to get my scary picture taken with this scary guy...Michael Myers from the Halloween movies! 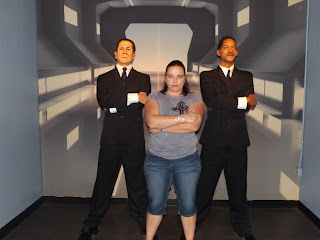 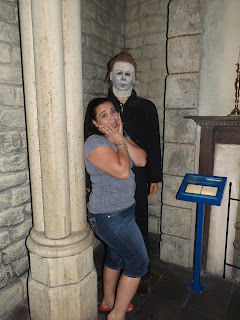 In this picture, you can clearly see all of the food that I've been stuffing in my face.  But....besides that, I am standing next to none other than Brad Pitt.  He leaned over at one point and said he would like to take me home instead of Angelina Jolie...but Rhonda says she didn't witness that.  Hmm....could it have been in my mind??  NAY!!!! 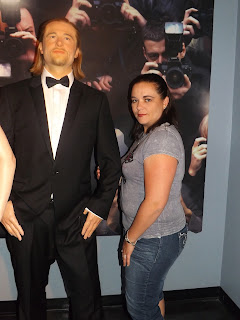 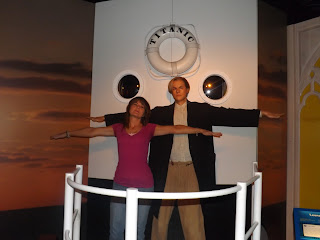 This was in preparation for our trip to Titanic the next day!


George had to finally decide on a bride.  I am not sure how...but I was able to be the one woman to sweep George off of his feet!!!  It must be my charm...and my..."different" personality!  :-) 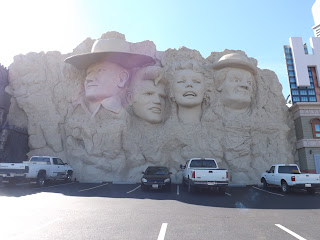 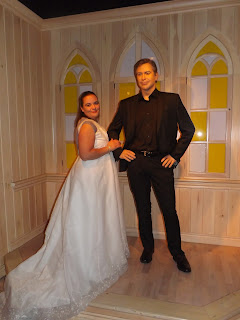 We really did have an excellent time playing at the Hollywood Wax Museum.  The figures were incredibly life like.  Now....there were a couple that just weren't spot on with who they were supposed to be, but the realism was no doubt.  I couldn't believe how real they looked.  And they looked like they were following you around if you happened to look in their eyes!  It was a little eerie and unsettling!  SO neat though.  My kids will LOVE to go through this museum too!  I can't wait!!!
Be sure to like them on facebook and twitter also! 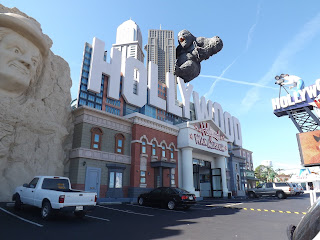 *I was given no compensation for this post, only tickets to attend with the promise of my honest opinion*