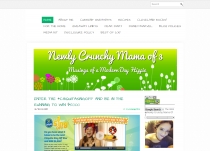 We had a BLAST at Disney Live! In Canton, Ohio!

Yesterday we braved the snow and ice to take the kids to Disney Live! at the Canton Civic Center. When we told the kids it was time to get ready to go see their favorite Disney princesses, they could hardly contain their excitement. In fact, I don't think I have ever seen coats, hats and boots put on so quickly!

The drive was full of excitement. The entire time, we listened to our Disney CD's to get the kids even more ready for some classic fairy tales. They happily giggled and tried their best to sing along to "Bippity Boppity Boo".

Once we arrived at the venue and picked up our tickets, we were delighted to discover that we had floor seats. This gave our little ones a very up close and personal view of all the Disney action.

And of course, we had to grab some cotton candy and Disney crowns for the little ones to enjoy. Sophie and Xander proudly wore their crowns during the entire show!

The first story was that of Snow White. The acting was very colorful, and the sets extremely detailed. The story itself is rather fast-paced, which is great for younger kids like mine who may not have the greatest attention span.

When the evil Maleficent made her appearance, a frightened hush came over the audience. The actress who portrayed this villainess really embodied her character very well, and even I got a little shiver.

The dwarves made their appearance as well, which elicited tons of laughter from the crowd. I especially enjoyed Dopey's clumsy antics!

I'm sure you are all familiar with the story....Snow White was tricked by the evil queen in disguise, and took a bite from a poisonous apple, causing her to fall into a deep, dark slumber.  Of course all was not lost...The prince found Snow White and awakened her with true love's first kiss.

The next tale was that of Cinderella. This, too, was a condensed, quick-paced version of the classic fairy tale. My kids loved seeing the Fairy Godmother and of course, Cinderella in her beautiful blue ball gown.

Of course there were ooh's and ahh's as the Prince set eyes on Cinderella for the first time at the Royal Ball. There was plenty of dancing, too, which was fun for the kids to see.

This is right where my camera died, but needless to say, there were cheers galore when the Prince, armed with one glass slipper, located his love and whisked her away to live happily ever after.

There was also a wonderful rendition of Beauty and the Beast. I was so sad that my camera battery died, since this happens to be my favorite Disney fairy tale. Belle was gorgeous, and I loved all of the enchanted "housewares" in the Beast's castle!

Overall, we had an absolute blast seeing Disney Live! So much, in fact, that Xander is still running around wearing his crown.